Figure 10 shows a detailed view of a chemical synapse. The axon terminal belongs to what we call the pre-synaptic cell. The second cell is called the postsynaptic cell. The cleft between these cells is called the synaptic cleft. At the axon terminals there are numerous vesicles containing molecules we call neurotransmitter substances. Examples of neurotransmitters include acetylcholine, epinephrine (sometimes called adrenaline) and dopamine.

The following occurs in the synapse (see animation Fig.11):

Therefore, it is the sum of what happens at all of the synapses on a nerve cell that determines whether the postsynaptic neurone transmits a nerve impulse or not. 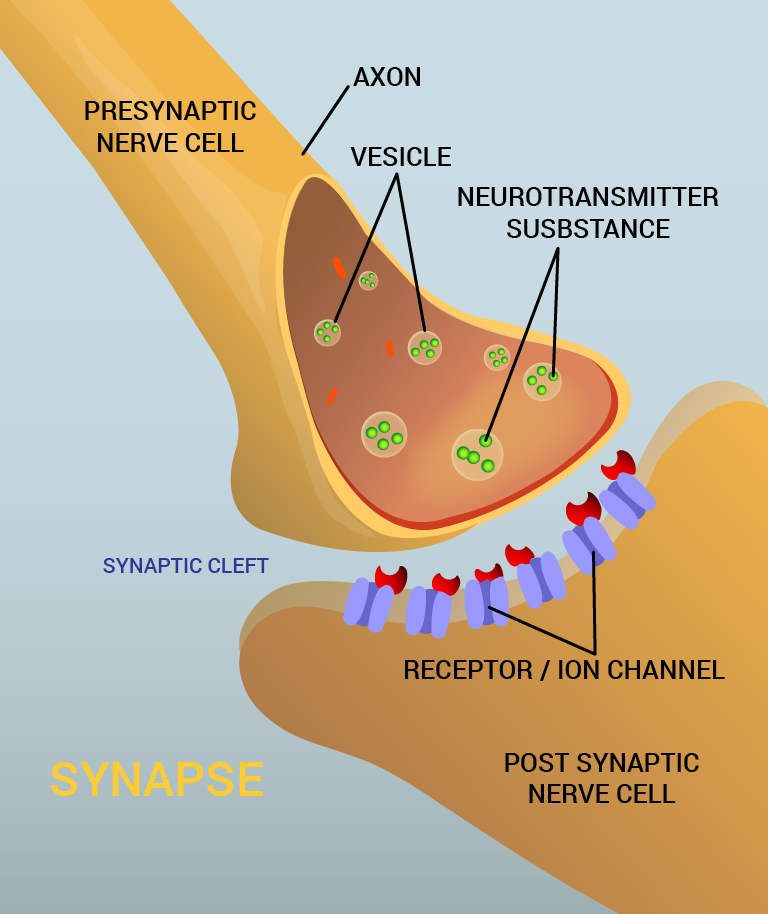