The synapse is the place where a nerve impulse is transmitted from the axon of a nerve cell to the dendrites or cell body of a neighbouring cell.

Overall, there may be thousands of such synapses on each neurone, and one neurone can form synapses with several thousand other neurons.

There are two types of synapses:

Electrical synapses are located where the neighboring cells are tightly connected so that the electrical nerve impulse is transmitted directly from one cell and into the second through pores between the cells that allow direct movement of ions from one cell to another.

Chemical synapses use neurotransmitter substances to transmit nerve impulses to the next cell, or to inhibit it.

The following section describes the chemical synapses and function of neurotransmitter substances. 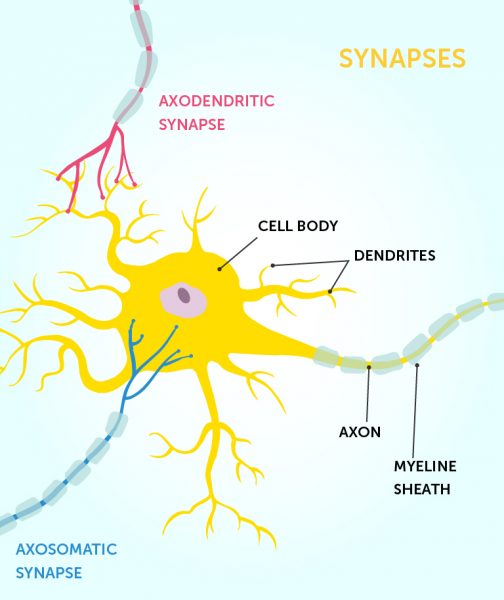