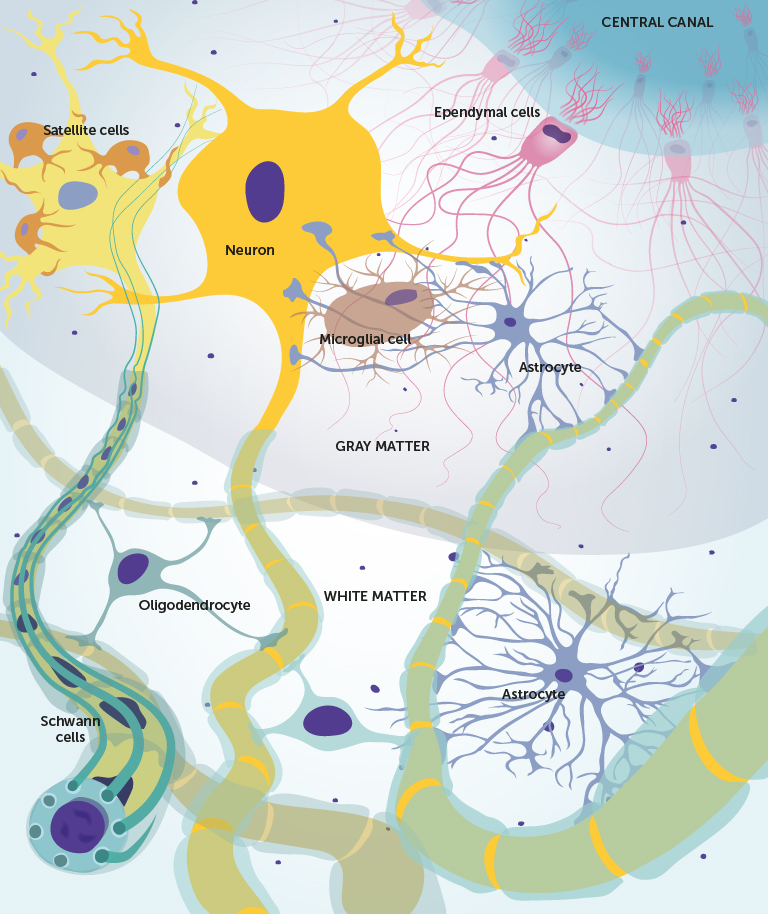 Within the nervous system there are approximately ten times as many glial cells as nerve cells.

There are six types of glial cells in the human nervous system (Fig. 3). Their function is to support and protect and nourish neurones. Glial cells also form the blood-brain barrier. This barrier protects the brain by preventing the entry of many substances, such as certain drugs from the blood. Given their essential functions and their associations to various neurological diseases, it is important to have an understanding of these cells.

Four types of glial cells are found in the CNS (Fig. 3):

The name of astrocytes comes from their star-like shape. They are the most abundant form of glial cell within the CNS. Astrocytes are involved in a variety of functions. Astrocyte extensions wrap around both neurones and surrounding capillaries (small blood vessels). In this way they anchor the nerve cells to blood vessels and regulate the transport of substances from the blood into the brain.

The long extensions of microglial cells come into close contact with different nerve cells and their role is protection. If they detect damaged or infected tissue, the microglial cells are converted to immune-like cells that destroy the dead cells and microorganisms. This function is essential to the health of the CNS as immune cells do not enter the brain under normal circumstances.

The ependymal cells are located within the fluid-filled spaces within the brain and spinal cord. They produce the fluid called Cerebrospinal fluid (CSF) that occupies these spaces. Ependymal cells possess small microscopic hair-like structures called cilia on their surfaces. By moving their cilia they also help to maintain the movement of CSF.

Oligodendrocytes wrap around the largest nerve cells in the CNS and isolate them from surrounding cells through the production of a myelin sheath.

Multiple sclerosis, often referred to simply as MS, is a chronic inflammation of the CNS characterized by destruction of the myelin sheath. This affects the nerves ability to manage nerve impulses, leading to a variety of neurological symptoms, depending on where in the brain this occurs.

Satellite cells surround the soma of certain types of nerve cells that are found outside the CNS. These cells are part of the sympathetic, parasympathetic or sensory systems. Their function is unknown, but they may have similar functions to those of the astrocytes in the CNS.

In the following section, we look more closely at the nerve impulse. 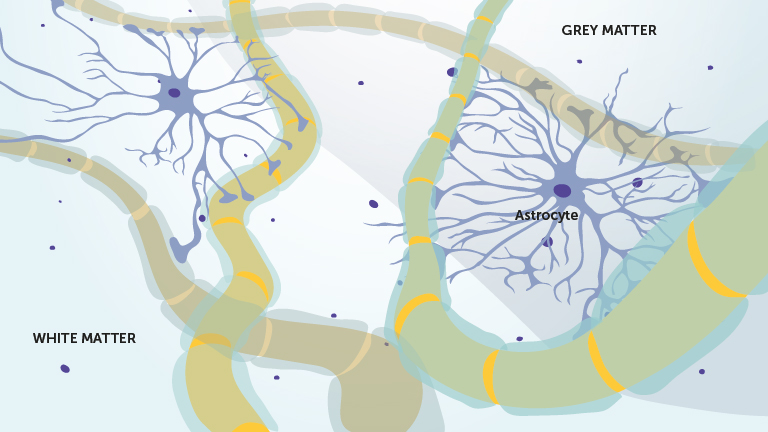 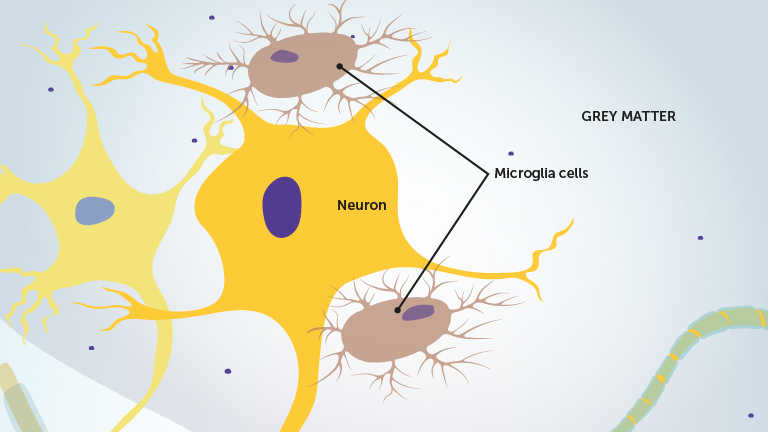 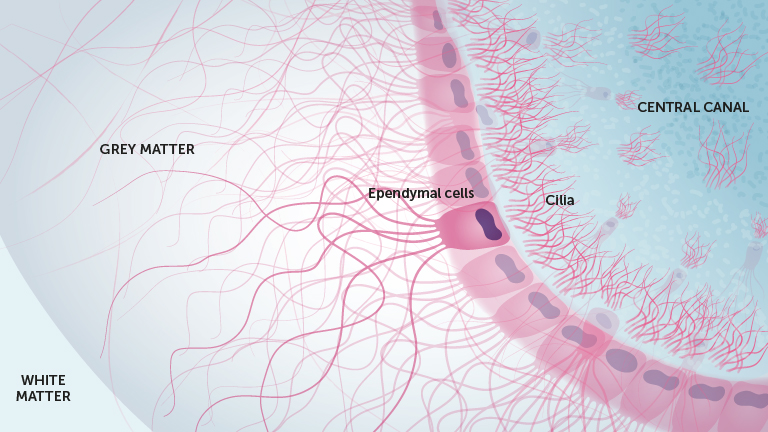 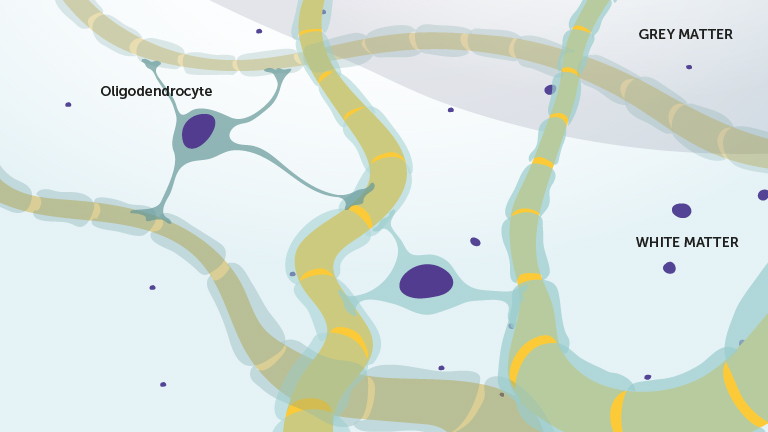 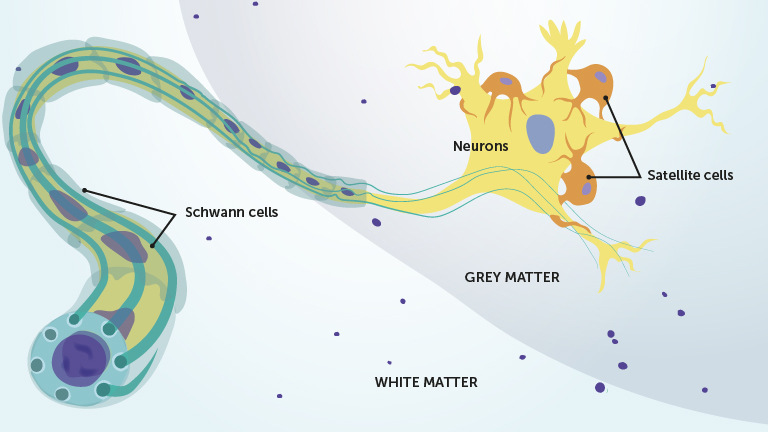